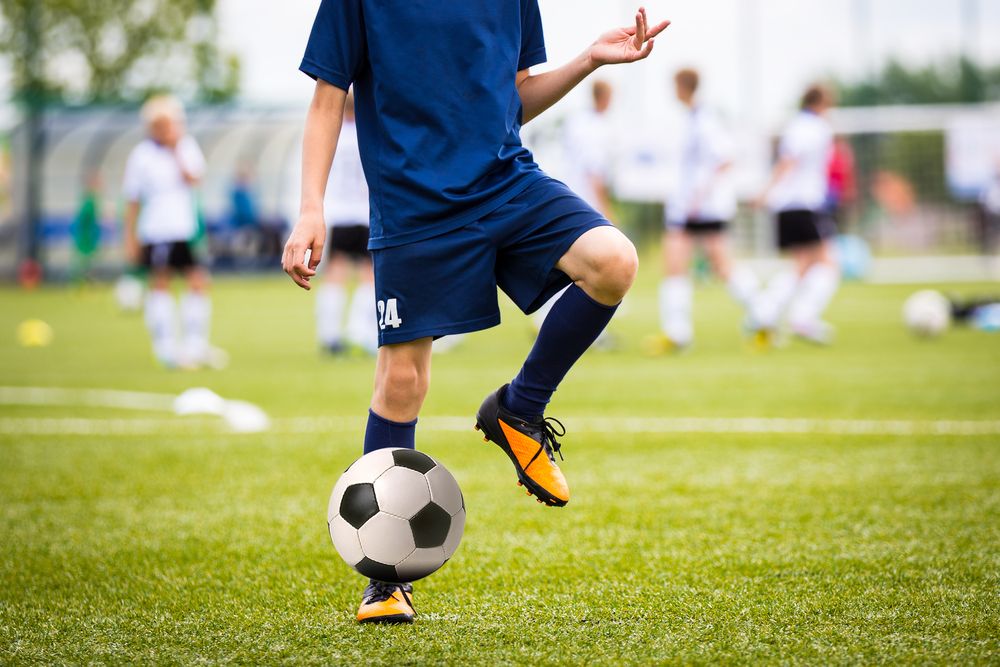 Men who played professional soccer were nearly four times more likely to develop a neurodegenerative disorder, including a motor neuron disease such as amyotrophic lateral sclerosis (ALS), than men of similar age in the general population, a long-term analysis found.

Risk was greatest in players with longer careers and among those who played in the outfield, usually defensive positions, with repetitive head impacts through soccer ball heading.

The analysis, “Association of Field Position and Career Length With Risk of Neurodegenerative Disease in Male Former Professional Soccer Players,” was published in the journal JAMA Neurology.

Former professional athletes of contact sports are known to have a higher risk of death due to dementia and neurodegenerative diseases like ALS.

Although not typically associated with TBI, soccer players are exposed to repetitive head impacts, particularly in passing the ball with the head, or soccer ball heading. Autopsy studies in these players also show a higher overall of neurodegenerative disease compared with the general population.

“While data are limited, evidence suggests risk of TBI and participation in heading are in part dependent on field position, with risk of head injury in goalkeepers around one-third that of players in other positions and heading by goalkeepers being exceptionally rare,” the researchers noted.

Scientists at the University of Glasgow in the U.K. examined medical records of 7,676 former male Scottish professional soccer players, born between 1900 and 1977, to assess the risk of neurodegenerative disease based on field position (goalkeeper, defender, midfield, forward), career length, and playing era.

For comparison, 23,028 men from the general population, matched by year of birth and socioeconomic status, were included as a control group.

Based on data from 6,622 former soccer players, outfield positions showed an almost four times higher risk compared with matched controls, which remained after adjusting for deaths due to causes unrelated to a neurodegenerative disease.

Risk was greatest among defenders, with a five times higher risk, while forward positions had an almost threefold increased risk. Overall, defenders were 1.5 times more likely to be diagnosed with neurodegenerative diseases than forwards.

Career length for professional outfield soccer players was a mean of 8.6 years, with players ranging in age from a mean of 20 to retirement at age 28.5. Those with professional careers shorter than five years were 2.3 times more likely to develop a neurodegenerative disease, and this risk rose with career length, “consistent with the cumulative effect of exposure to a risk factor within the sport,” they added.

Players whose careers lasted longer than 15 years had the highest risk — they were 5.2 times more likely to be diagnosed with a neurodegenerative disease than the general public.

To determine risk by playing era, soccer players were divided into 20-year subgroups by year of birth. For players born from 1910 to 1969, no difference in disease risk was seen relative to the general population, demonstrating that “risk of neurodegenerative disease among former professional soccer players remained similar across players born in an era when solely leather balls would be used to players born in an era when there was a transition from leather to synthetic balls,” the scientists noted. (Leather balls absorb water, the study noted, while synthetic balls do not.)

“There is a need for further studies to interrogate the association between soccer and neurodegenerative disease, including risks in amateur and youth soccer,” the researchers concluded. “Meanwhile, adopting a precautionary principle approach to mitigate risk of neurodegenerative disease by reducing exposure to TBI and head impacts in soccer and wider sports might be advised.”

Recently, professional soccer associations announced updated guidelines to limit “high-impact” headers to 10 per week in training for an upcoming season.