Frequent, Intense Exercise is a Risk Factor for ALS – – But is it? 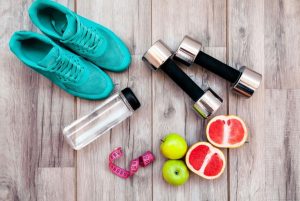 Get ready for a flurry of viral articles and posts on social media bashing exercise and ALS. Although we’ve had over 10 years of published research showing the benefits of exercise once you’ve been diagnosed with ALS. New research has been published that delves into the controversy surrounding theories that exercise (or sports) increases the risk of developing ALS in the first place.

Because the whole topic of exercise and ALS has been controversial, and it can become somewhat confusing, I appreciated learning from this study that: we have to define what kind of exercise, and, type of ALS, in order to answer the question.

Snippets from the research findings:
• For persons with genetic C9OIRF72 ALS: intense, strenuous, and competitive exercise may have been a causal risk factor for developing ALS.
• But strenuous exercise was not a causal risk factor for those with sporadic ALS.
• Likewise, sedentary behavior was not significantly associated with ALS. (So, a healthy, active lifestyle is still good to pursue)

It was interesting to me that DIY exercise such as yoga, going for a walk, light workouts, etc. had no increased risk factor for developing ALS for either genetic or sporadic ALS – – it was the intense, strenuous kind, and then only a risk for those genetically predisposed to ALS.

Other risk factors debunked in the study results
• Body fat percentage is not significantly associated with ALS.
• Neither is ALS associated with smoking, level of education, type 2 diabetes, or head trauma.