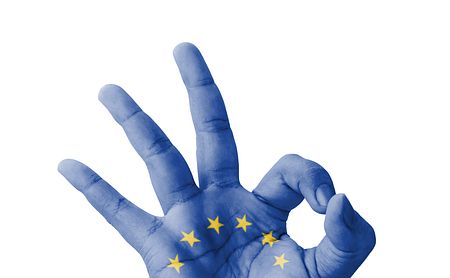 PrimeC, developed by NeuroSense Therapeutics, also has received orphan drug designation in the United States. The designation, both in the U.S. and Europe, encourages drugmakers to develop therapies for rare and serious diseases by granting them various financial and regulatory benefits. These include exemptions from certain fees, trial protocol assistance, and several years of market exclusivity upon approval – seven years in the U.S. and 10 in Europe.

This decision follows that of the European Commission to award the company its Seal of Excellence, showing confidence in NeuroSense’s scientific and clinical programs.

“We are encouraged by these accomplishments and are looking forward to expediting the development of PrimeC in Europe, the US and globally,” Alon Ben-Noon, CEO of NeuroSense Therapeutics, said in a press release. “Our team at NeuroSense is dedicated to bringing PrimeC to patients suffering from the debilitating disease that is ALS.”

PrimeC is a combination treatment composed of ciproflaxacin and celecoxib, both existing medications. Ciprofloxacin is an antibiotic often used to treat bacterial infections, and celecoxib is a prescription non-steroidal anti-inflammatory agent, similar to aspirin and ibuprofen.

Used together, these medicines target two key features of ALS — inflammation of the nervous system and abnormal regulation of RNA activity — that contribute to motor neuron degeneration.

After showing a greater ability than other ALS treatments to restore motor function in a fish model of ALS, NeuroSense launched two clinical trials to investigate PrimeC in humans, one in Israel and the other in the U.S.

Interim results from the Israeli study, an open-label Phase 2a clinical trial (NCT04165850), recently showed that PrimeC, given as a 303 mg capsule three times per day, was safe and well-tolerated in all 15 patients.

The treatment also slowed disease progression — as measured using the ALS Functional Rating Scale-Revised — and the decline in lung function throughout the final three months of a six-month study period. Those results, however, have not reached statistical significance.

NeuroSense will continue to investigate PrimeC in the enrolled patients for up to 15 months.

The ongoing Phase 1 trial (NCT04090684) taking place in the U.S., is designed similarly, but it expects to enroll 30 participants, who will be taking two capsules of PrimeC per day (instead of three).

Both these trials are expected to conclude in the next few months.

“Together with our Scientific Advisory Board, which was recently strengthened … we expect to present a novel treatment option for ALS patients in the near future,” said Ben-Noon.

“It is a great honour for me and all of us at NeuroSense Therapeutics to be working closely with world renowned scientists and clinicians, all of whom have impressive track records of ALS clinical practice and research, and to jointly direct and accelerate the development of PrimeC for the benefit of ALS patients,” said Oron Yacoby-Zeevi, PhD, NeuroSense’s chief scientific officer.